Supporting Wonder and Awe and the Search for Answers

A long time ago when a kindergarten (now 5th grade) class was writing letters to the Mayor about how  to make Richmond more friendly to children, Evan wrote;
"Dear Mayor Jones, Kids should have studios. They can work with clay. They can play. They can work with ideas."
This "children can work with ideas" idea has never been more important now that we are all in our places and can't go to school. We all need to wonder about things, to see things out  our windows that make us say "Wow!" and to process our theories about the puzzles and problems we're all facing right now. Children's curiosity and imagination grows in relationship with materials. While gathering, holding looking at things, stories grow in children's minds. How can we support wonder, hypothesizing and experimentation at this, as they say, "unprecedented time"?
Creating a mini-studio is one thing we can do.
A mini-studio has to have enough for children to use, but not so much that it's overwhelming. When you find the right balance of enough things but not too much, a mini-studio can help sustain a maker's attention for a long time while staying relatively organized for the next exploration. At grown-ups and children can work together to set up a mini studio on a shelf, in containers on the floor, or on a table. Look for drawing and writing implements. Find paintbrushes or use would objects with food coloring or natural materials, smushed up. Search around for containers and look in your drawers cubbies for materials that are good for making things. Think about a material and ask- 'is it transformable?'

Some things are transformable with power tools or toxic glue but maybe you don't want to go that far in your house. A simple pair of good children's scissors (I like fiskers brand because they really cut), white glue, a hand powered drill and some toothpicks or dowels, and a hammer and small nails or brads can go a long way into making materials from the  recycle bin transform into other things. We use them in the studio with children from 21/2 on up.

I think it's important to think of the Earth when making things. I discourage hot glue and duct tape which are nothing but plastic. Learning to wait for glue to dry is an excellent exercise in mindfulness!  I try to  think about the end result of each piece and  consider  if it's going to end up in  the trash (beads taped to paper, for instance). If it is, I try to move toward loose parts,  which are a beautiful way to make something, appreciate it for a  while, and then re-sort the pieces back into the studio.

I see that families are stressed,  parents are juggling work, family and other worries and might not want to spend time on long projects together.  I really believe that a little investment of time in setting up a mini-studio will pay off in some sustained engagement for the makers at your house.

The Hundred Languages of Children is a poem that has become a philosophy that says people communicate in many ways, not just the 2 or 3 usually honored by schools. It's important for young people to have the opportunity to see which languages they like to communicate in. I've seen that the youngest children can say things in visual and movement languages before they can write or even have a lot of verbal language. You can try lots of languages in your life but will probably get good at only a few, like drawing, building, music or movement. 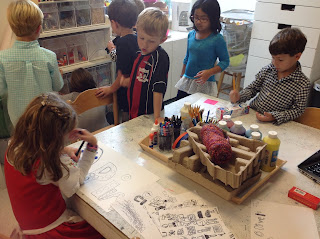 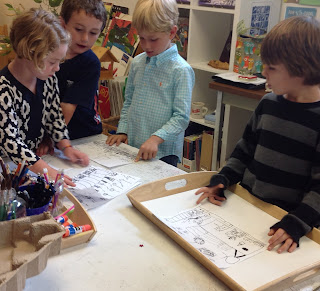 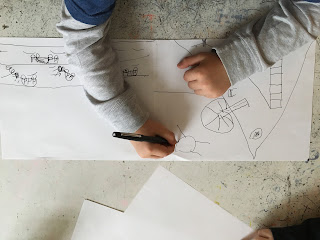 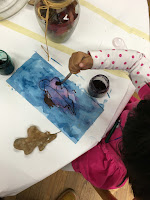 *The children worked on what they called The Free Kid's Studio for the rest of their kindergarten year and on into first grade. Touring their studio through the city was one of the best experiences I've had as a teacher. 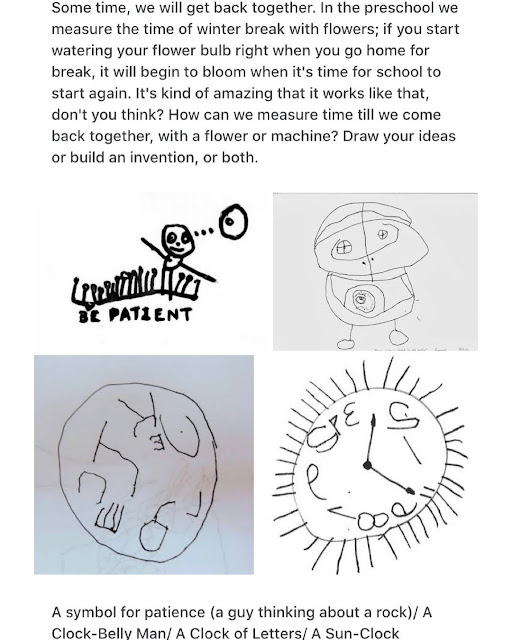 One of the things I'm really struggling with is the glut of edutainment and crafts activities that are everywhere right now. We've been dealing with the 'Pinterest-ification' of the "Reggio Approach" for a while now. Connected learning and online school has brought just a crush of new tips, tricks and activities for families to do with their children.

My instagram is filled with suggestions, activities and quotes about what parents should do. I find it overwhelming, and my children are grown! I imagine if I had younger children at home I would be both feeling guilty and avoiding social media for a good part of the day.

Many of the activities sound fun, and a few reach deeper into the realm of real learning. Others are banal and silly. I like a good craft when I want one, but I work hard to try to find the deeper stuff that's really worthy of the children I know. I think we owe it to children to ask really good questions and then listen for their answers.… 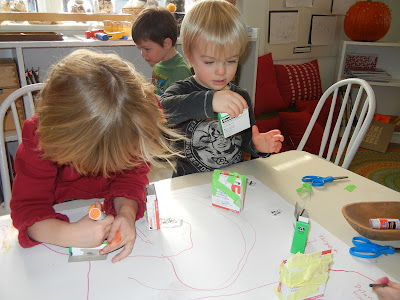 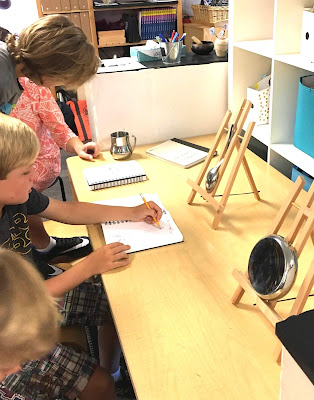